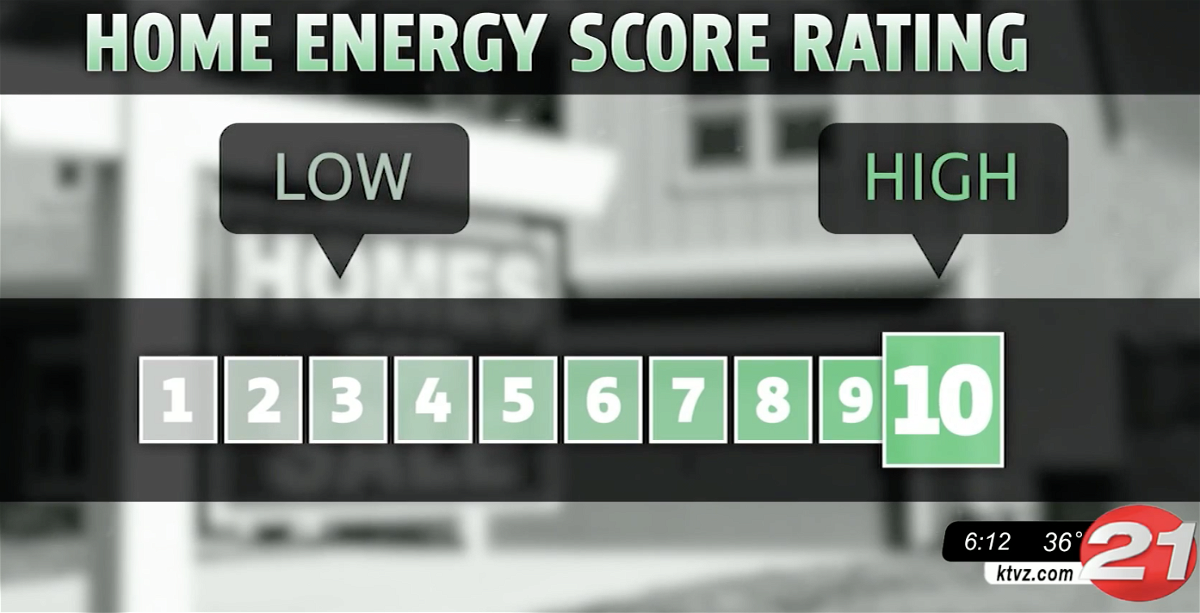 BEND, Ore. (KTVZ) –Supporters of the Home Energy Score being considered as a home-sales requirement by the city of Bend say it encourages energy-saving improvements. But the downside to critics is the added costs of such inspections, plus the potential cost of upgrades to improve that score.

The Bend City Council is considering mandating that a Home Energy Score be prepared and listed by anyone selling a home, to encourage upgrades to more energy efficiency and to help inform homebuyers.

“We’re looking at the home’s physical assets and how it effects the performance and energy efficiency of the house,” Schwencke said Monday.

The Home Energy Score developed by the U.S. Department of Energy is a 1-to-10 rating that creates transparency for how to compare a home’s energy performance with other homes. It also offers recommendations for improving efficiency.

“We’re looking at the heating equipment, the air conditioning, the thermal envelope which includes the windows, the attic insulation, the crawl space insulation,” Schwencke said.

Mike Tucker is a Bend homeowner who finds the Home Energy Score to be beneficial.

“I just think it’s super-exciting that we’re using technology that just really wasn’t available 10, 15 years ago to inspect homes and see things that we couldn’t see before,” Tucker said.

The energy score gives an idea of what the cost of utilities will be for a house.

However, as informative as home energy score is, Cindy King, a principal broker with Re/Max Properties, doesn’t believe it should be mandatory.

“The mandatory nature of it puts property owners in a position where they could be faced with doing improvements that they can’t afford to do at the time,” King said.

The Central Oregon Association of Realtors recently sent a flyer to city residents, urging the public to show up in opposition at a Nov. 16 council meeting. They call it the wrong approach at the wrong time, while claiming that Bend is already facing affordability issues with rising house costs.

In the mailer with a QR code linking to a website called “Keep Bend Affordable,” the organization says requiring a home energy score for home sales would only add more costs, helping to price some homebuyers out of the market.

King said at least 25 percent of homes in Bend were built before 1980, which means they’ll likely require more upgrades to raise their Home Energy Score.

“If the City of Bend adopts this, it’s going to cost the city homeowners and taxpayers up to $500,000 a year annually to pay just for the score, and that’s based on a score cost of $250,” she said.

King said having a mandatory Home Energy Score program may also disproportionately impact low-income residents who could be burdened with upgrade costs.

She also pointed to another concern — the capacity to get the inspections and scores.

With very few home energy assessors in Bend, King said that may cause delays and drive up costs.

The proposed Home Energy Score, in the works for the past several months, is part of the Bend Community Climate Action Plan, to reduce community greenhouse gas emissions.