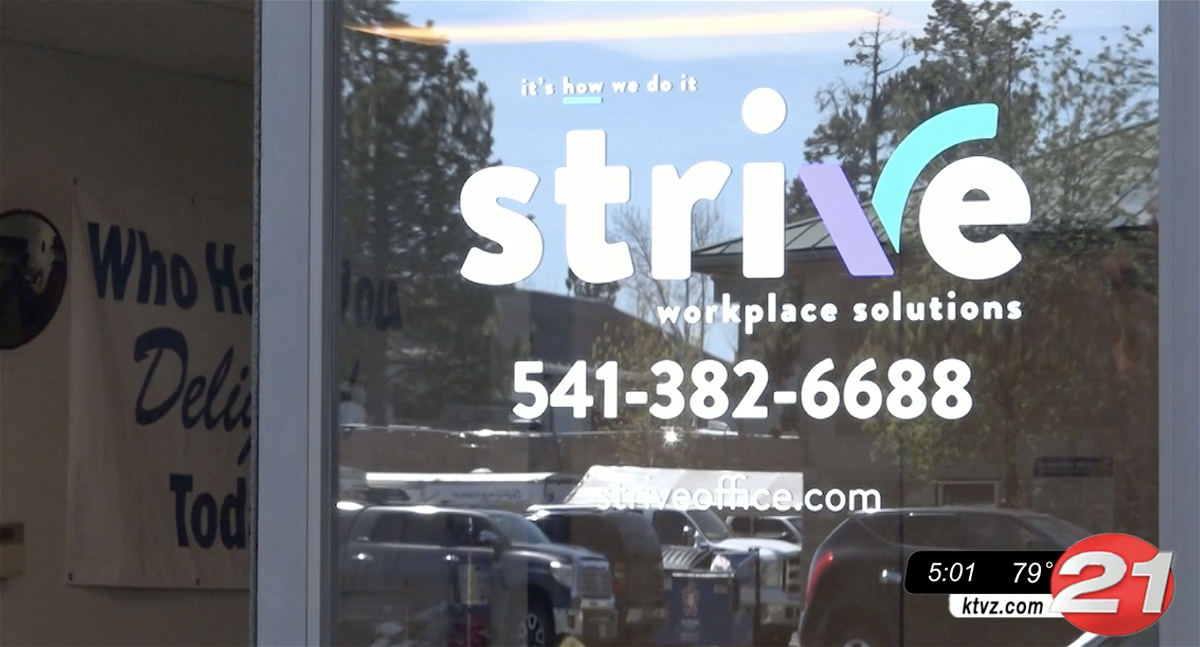 BEND, Ore. (KTVZ) — Providing office supplies has helped keep Strive Workplace Solutions in business for years, but when the pandemic happened, that all changed.

The company had to deal with a shift in business models, as most offices switched to a work-from-home setup.

The business’s Bend location has been able to stay open, but a couple of weeks ago hit another setback. It’s among the latest victims of catalytic converter thefts.

Sharon Jones, an account manager for Strive, told NewsChannel 21 they noticed something was off when one of their drivers started a company van on April 18.

“It sounded like a hot rod,” Jones said Wednesday. ““That was definitely not normal. He turned off the van, looked underneath it and noticed the catalytic converter had been cut off from underneath.”

Jones had heard of such thefts happening in major West Coast cities, but when it happened at her business, she was shocked. Jones reached out to NewsChannel 21 after seeing our story Tuesday on catalytic converter thefts.

“We take pride that we are a local company, that our community helps each other out,” Jones said. “And just to have that come to our front doors — it hurts. We take it personal, you know?”

Jones said she filed a police report and began warning neighboring businesses about the theft by handing out flyers. That’s when she came across Tim’s Quality Painting, a next-door business that had security footage of the theft.

Jones said her company has started parking one of the vans in the garage overnight, and has also considered adding security cameras. She told NewsChannel 21 that’s not something she ever thought she’d have to do in Bend.