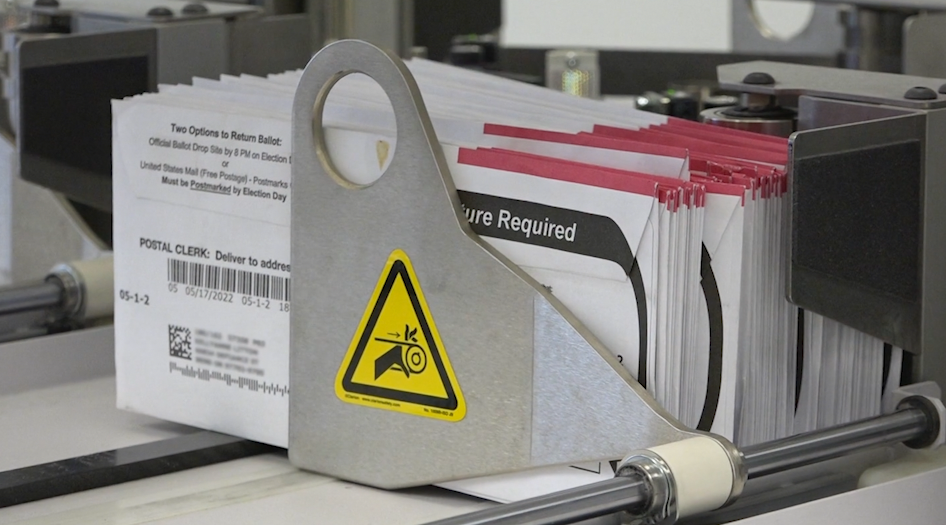 Nearly 15% had been returned by Friday; clerk says it could hit 75%

BEND, Ore. (KTVZ) — It’s the last few miles in the campaign marathon as the Nov. 8 election night draws closer. The ballots in Deschutes County are already starting to pile up. County Clerk Steve Dennison said more than than 23,000 ballots had been returned as of Friday afternoon, nearly 15 percent of the total.

You can track the returns and find other election info here.

Ballots are sent out in intervals. For voters in the military and overseas, their ballots are sent 45 days before the election. Out-of-state ballots get sent Oct. 11, and everyone else’s went out Oct. 19.

But it’s not out of the ordinary if your ballot never shows up, and you need to call in if it doesn’t.

With Oregon’s gubernatorial election drawing national attention, it’s important to get your ballot.

“Just as it is important once voters make their decision to go ahead and cast their ballots as early as they like — it’s also important to let us know that they didn’t receive a ballot as early as possible, so they can take action,” Dennison said.

Deschutes County is expecting the ballots to pour in on election night.

“For a gubernatorial general election, we should have more ballots cast than we ever have,” Dennison said. “I’m not sure what that’s going to translate to percentage-wise. We might be somewhere around 75 percent (turnout), but again, that’s just up to the voters and see who turns out.”

If you haven’t received your ballot, there’s still time to get one.

“We ask that they give us a call if they’d like a replacement mailed to them. And if they wanted to pick one up, they can do so right up until 8 o’clock on election night,” Dennison said.

The Deschutes County Clerk’s Office will start the process of opening ballots on Monday.