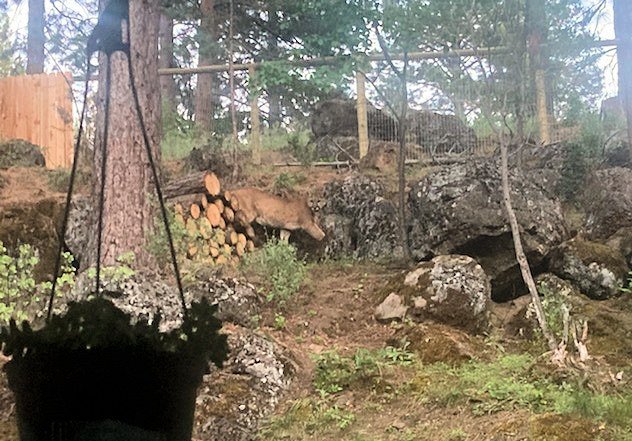 The Deschutes County Sheriff’s Office issued a telephone alert before 6 p.m. to residents that “there is a potentially wounded cougar” in the area of Shoshone and Baker roads in DRW and advising them to “stay inside your home for the time being.” Anyone who saw the cougar was asked to call 911.

Residents later were told they could go outside again. They said they were told that the cougar had been killed after it killed a deer in the area and was acting aggressively with neighbors to protect its kill.

Sheriff’s Lt. Don Manning later confirmed a cougar had been killed in the area after killing a deer and said more information would be released Monday by the sheriff’s office.

Oregon State Police and the Oregon Department of Fish and Wildlife also were reported to be on the scene.

There had been other sightings of a cougar in the Deschutes River Woods neighborhood south of Bend in recent weeks. On June 29, a resident spotted a cougar on a vacant lot on River Bend Drive and contacted authorities, who said they had watched it head toward the nearby national forest.

On Friday, July 8, a DRW resident said the cougar had gone through their yard and that deputies were looking for it.

In February 2019, a 135-pound male cougar deemed a “human safety threat” was tracked and killed in Deschutes River Woods.