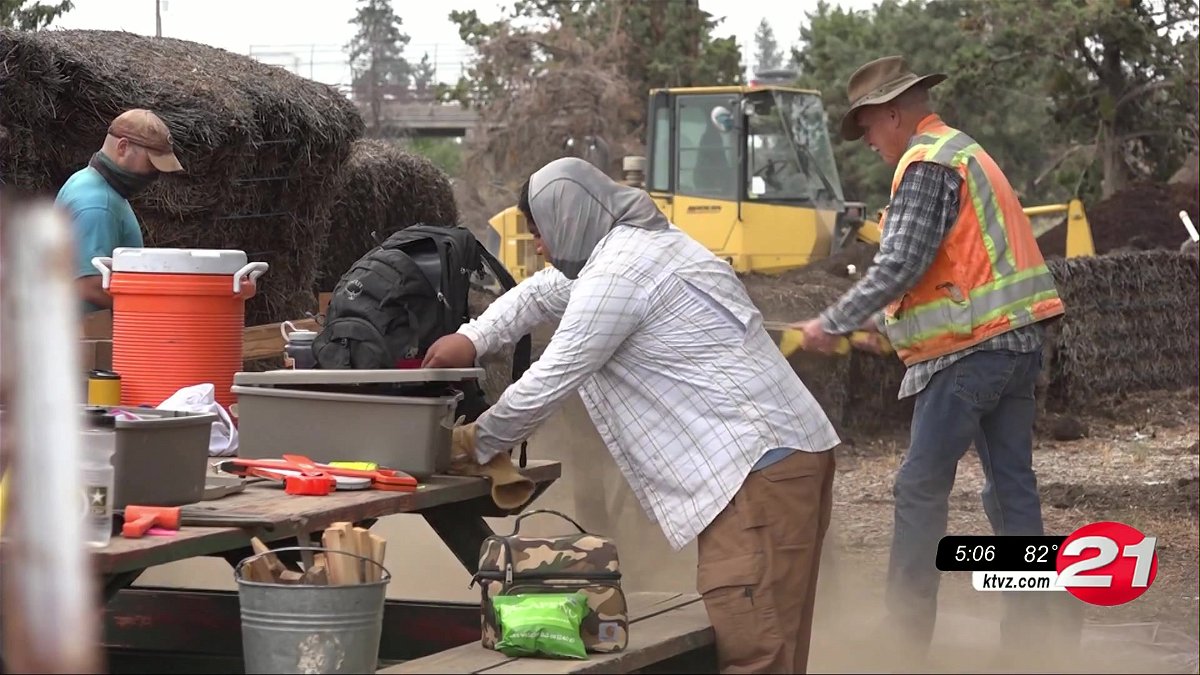 BEND, Ore. (KTVZ) — A historic homestead on the north end of Bend won’t look the same next year, but first, teams are searching the grounds for any historic artifacts.

Archaeologists with the Museum of Natural and Cultural History at the University of Oregon are combing through dirt at the Nels and Lillian Anderson House, looking for historical items.

“Anticipating finding a lot of historic refuse like broken bottles, maybe some ceramics,” Lane said Thursday. “We are really just here to see what’s still around.”

The dig site is at the Nels and Lillian Anderson House, off Nels Anderson Road, near Highway 97.

The house, built in 1929, was owned by Danish immigrant Nels Anderson, who had one of the first and the biggest dairies in Bend.

“He brought a lot of knowledge with him and finally settled on dairying here in the Bend region,” Lane said.

The house is a local landmark and eligible for the National Register of Historic Places.

However, as part of ODOT’s Bend North Corridor Project, now getting underway, part of Highway 97 will be shifted east and go through the property, where the home has for 22 years been the offices of the Instant Landscaping Company.

ODOT is working with the archaeologist team and his team to make sure the area is thoroughly searched before any construction begins.

“It’s a historic dump site so we could find a lot of different materials here,” Lane said. “We’re just not sure what to expect at this point.”

Layer by layer his team is digging through the land looking for something good that was man or human made as opposed to just rocks and rubble.

The items will be brought back to the lab, analyzed, and ideally pieced back together.

However, according to ODOT PIO Kacey Davey, it’s unclear if the house itself will make it through.

“Everyone’s goal is to preserve this house,” Davey said. “So what that exactly looks like is what we’re still all working on figuring out right now.”

For now, Lane and his team will find and save what they can.

“Data recovery through excavation is kind of the last resource we have at hand to record as much of the site as we can,” Lane said.

The team will be out digging for the next few weeks.

Highway construction is planned for next spring, with a decision about the house coming in the next few months.

The post Archaeological dig starting at Nels and Lillian Anderson Homestead ahead of Highway 97 project appeared first on KTVZ.