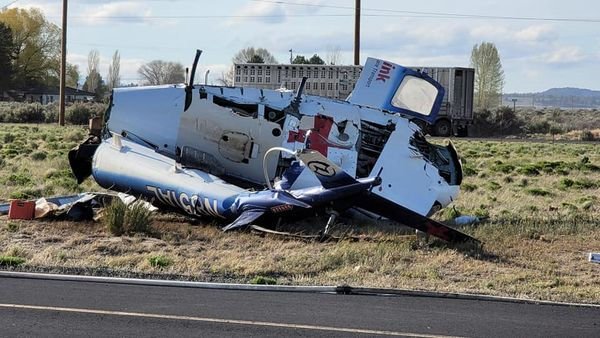 CHRISTMAS VALLEY, Ore. (KTVZ) – An AirLink helicopter from Bend crashed Wednesday evening while landing at the Christmas Valley Airport to pick up a patient to transport, injuring all four crew members aboard, the Lake County Sheriff’s Office confirmed.

The crash occurred around 5:24 p.m., according to Deputy and Emergency Services Manager Daniel Tague.

No fatalities are reported at this time, he added.

Tague said La Pine and Crescent fire agencies dispatched ambulances to transport patients to Bend. At least one patient was taken by ambulance to a landing zone at Fort Rock, where a Life Flight helicopter reportedly landed to assist in transport.

The cause of the crash is under investigation, the deputy said.

Federal Aviation Administration spokesman Ian Gregor said the helicopter was an Airbus AS350 and crashed near the airport, with four people aboard.

The FAA and National Transportation Safety Board will investigate the crash, with the NTSB in charge.