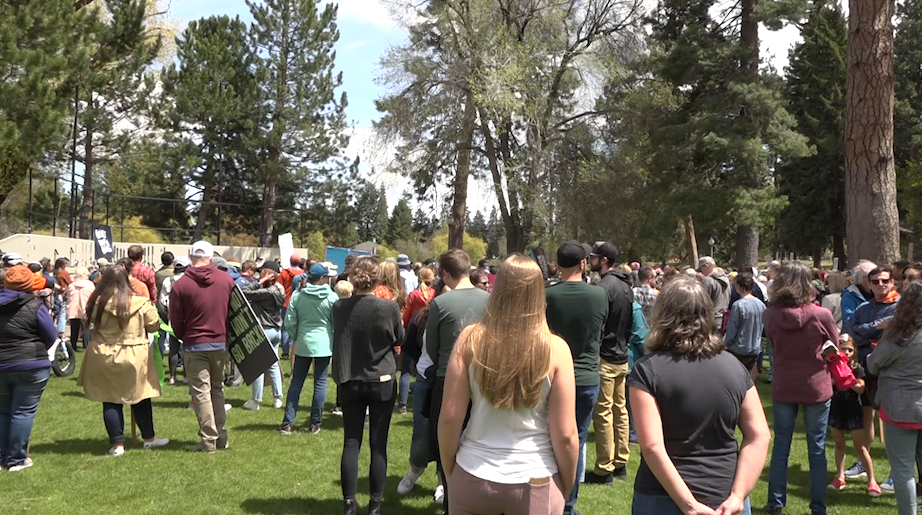 ‘I am sick to have to keep protesting about abortion issues’

BEND, Ore. (KTVZ) — It’s been nearly a half-century since the U.S. Supreme Court ruled in Roe V. Wade that the U.S. Constitution protects women’s right to an abortion.

A recent leak of a draft court ruling to overturn that decision has sparked even more intense debate on the topic, nationwide and here on the High Desert.

Hundreds gathered for a rally at Drake Park in Bend Saturday afternoon, one of several such events around the country, saying they want to show solidarity for human health care rights and bodily autonomy.

Those on hand heard from several speakers opposing a ruling that would allow states to ban abortions.

“I had a friend who died of an illegal abortion in 1951,” Francis Davis said. “I am sick to have to keep protesting about abortion issues. They need to be safe, they need to be legal, and I am so upset that so many men on the Supreme Court are taking this right away from us.”

“Seeing some of these laws being undone it’s really frightening, for a lot of us to see that it’s possible for a lot of people in this country, that rights going to be taken away,” Olive Nye said. “That’s something that’s really scary, and something we want to fight for.”

Bo Beaver said, “As someone who has a career I want to pursue into like a doctorate degree, I don’t want something like an unplanned family I can’t afford to care for getting in the way of me doing what I want to do first.”

At the rally, there was a sea of posters being held high and people chanting, “My body, my choice.” Participants planned to march to the “Peace Corner” downtown and continue the rally there.