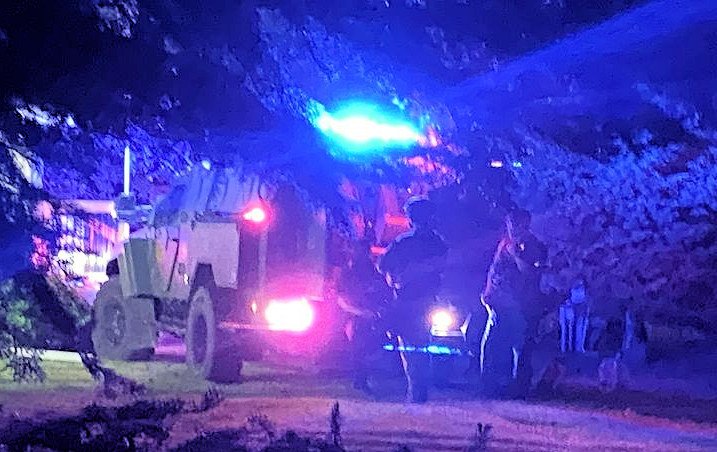 Deputies got a report Sunday of a restraining order violation in progress at a home in the 16000 block of Sparks Drive, Sergeant Doug Jackson said. Investigating deputies learned the man was on a property he was restrained from due to an active restraining order, due to a former relationship with a woman.

Deputies went to the property around 4:30 p.m.to contact the man, but he fled into the house and barricaded himself inside, Jackson said. The sheriff’s Office SWAT Team was called to the scene.

Deputies learned during further investigation the man allegedly assaulted and pointed a gun at another man who had been at the home earlier in the day.

SWAT members tried to contact the man through various means for eight hours, until he was taken into custody around 12:30 a.m. Monday.

More information could be released later as the investigation continues, Jackson said.

The post 8-hour standoff with barricaded man at La Pine home ends in his arrest on numerous charges appeared first on KTVZ.