7,800 grams of cocaine seized in C.O. this year, more than over the past 10 years combined, drug agents say 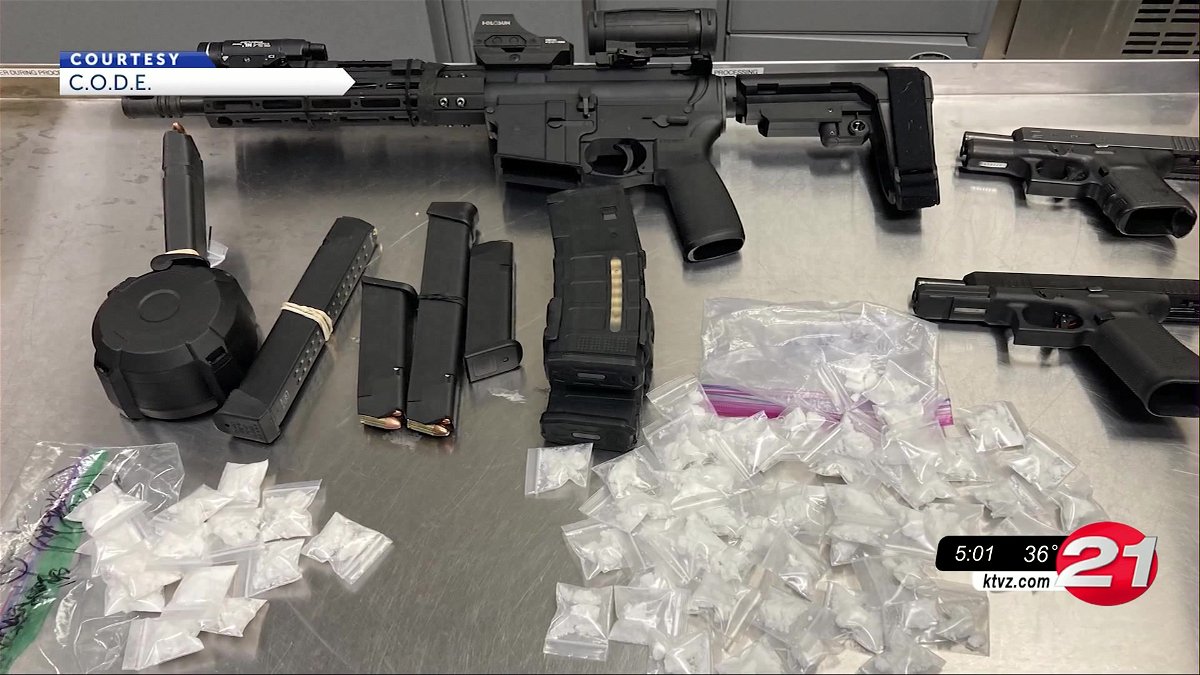 ‘With the borders being more open and accessible, we’re seeing just a lot more influx of all drugs.’

BEND, Ore. (KTVZ) — Cocaine use is rising, across the High Desert and across the country.

Vander Kamp and Lieutenant Ken Mannix with the CODE Team tell NewsChannel 21 the organization has seized more cocaine this year than over the past 8-10 years or so combined.

“So cocaine is definitely more accessible than it once was,” Vander Kamp said Tuesday. “We have seen a steady increase of cocaine production and distribution in Central Oregon.”

Oregon is ranked No. 8 in the country in cocaine use.

“Only about 2.3 percent of the people surveyed admitted to cocaine use, which is relatively low,” Vander Kamp said. “But we give that some credit towards the low cost of methamphetamine right now.”

He said most of the cocaine production is in Colombia, Bolivia and Peru, with it flowing into the U.S. through Florida, California, Pennsylvania and Puerto Rico.

He said more drugs coming into the country, and thus the region, increases the use.

“With the borders being more open and accessible, we’re seeing just a lot more influx of all drugs,” Vander Kamp said.

Vander Kamp says his team has seen an increase in poisonings, mostly from cocaine being mixed with other substances.

“So we’re seeing a lot of accidental poisonings because they’re mixing this drug with other drugs,” Vander Kamp said. “Especially by the time it gets up to the Pacific Northwest, what once was pure cocaine is no longer pure. It’s usually adulterated with something else.”

While much of the focus of attention in recent years has been on the rise in deadly fentanyl pills, along with methamphetamine, Vander Kamp says there’s been cocaine seizures all around Bend.

He said when tracking drug dealers, most of the use is on the westside of Bend, or in more affluent communities with young adults in their 20s.

The post 7,800 grams of cocaine seized in C.O. this year, more than over the past 10 years combined, drug agents say appeared first on KTVZ.