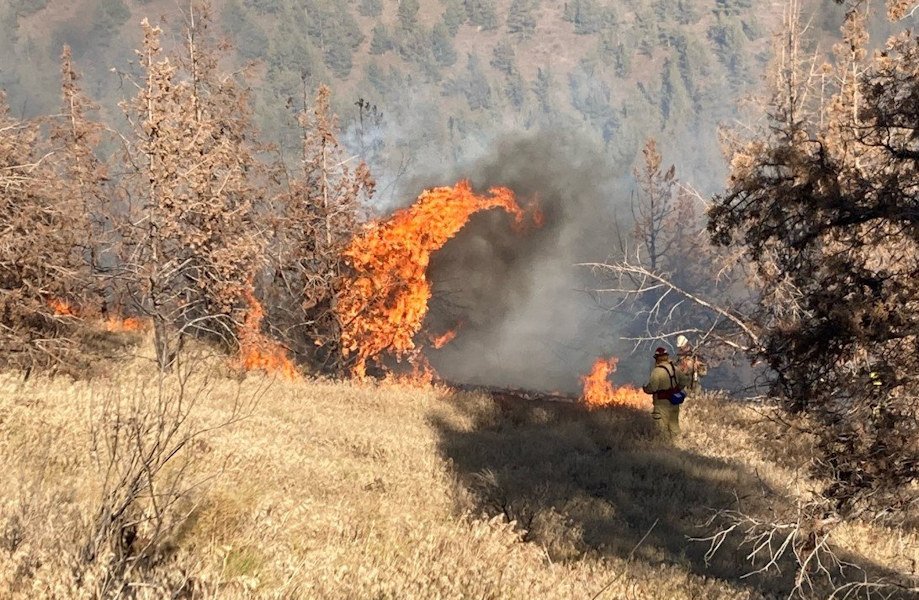 MADRAS, Ore. (KTVZ) – Firefighters tackled a brush fire that broke out Sunday evening about seven miles north of Madras, burning about 25 acres and prompting closure of U.S. Highway 26 for a time, officials said.

Incident 388 was reported shortly before 6 p.m. near milepost 110 on Highway 26, between Madras and Warm Springs.

Forward progression of the fire had been stopped before nightfall, and mop-up work was under way.

The cause of the fire was under investigation, Webb said.

Jefferson County Deputy Fire Chief Kasey Skaar said a barn on a homestead in the area began to catch fire, but crews were able to extinguish it.

He said the fire began on the Warm Springs Indian Reservation and the Bureau of Indian Affairs took over managing and investigating the fire.

The Jefferson County Sheriff’s Office said winds pushed the fire southeast through the draw between Pelton Dam Road and Highway 26.

The sheriff’s office and OSP assisted ODOT with traffic control.

Before 8 p.m., ODOT reported the road had reopened and that only a southbound lane and shoulder were being affected, with estimated delays under 20 minutes.