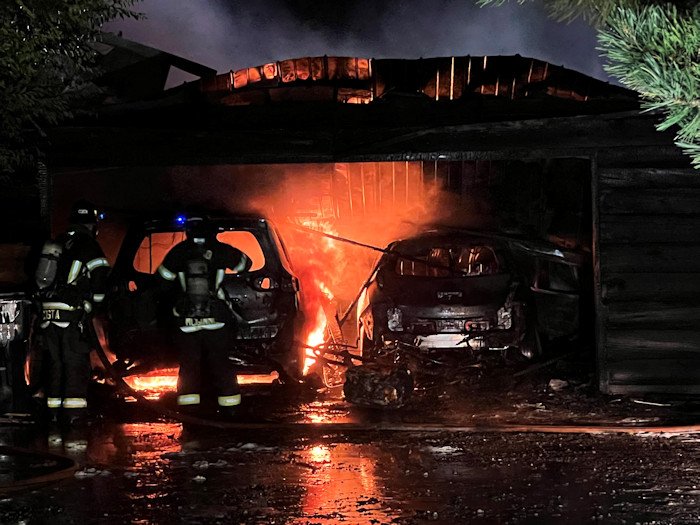 BEND, Ore. (KTVZ) — A fire that caused $225,000 in damage and losses at a home east of Bend early Sunday was caused by the improper disposal of oil-soaked rags from a deck-staining project in a plastic trash can, officials said.

Two residents were not awakened by the fire and evacuated with fire department assistance. Kettering said smoke alarms inside the home did not sound, as the fire was on the exterior.

The garage, attached to the home by a covered breezeway, had its roof collapse and was a total loss. The home sustained minor smoke and water damage inside, with some charring on the exterior and minor roof involvement at the eaves on the west side of the home.

Damage was estimated at $150,000 to the structures and $75,000 to the contents, which included two vehicles that were destroyed, as well as several custom bicycles in the garage.

An investigation determined the fire originated in a plastic trash can inside the garage. Kettering said the homeowner spent several hours on Saturday staining his deck and disposed of the oil-soaked rags into the trash can.