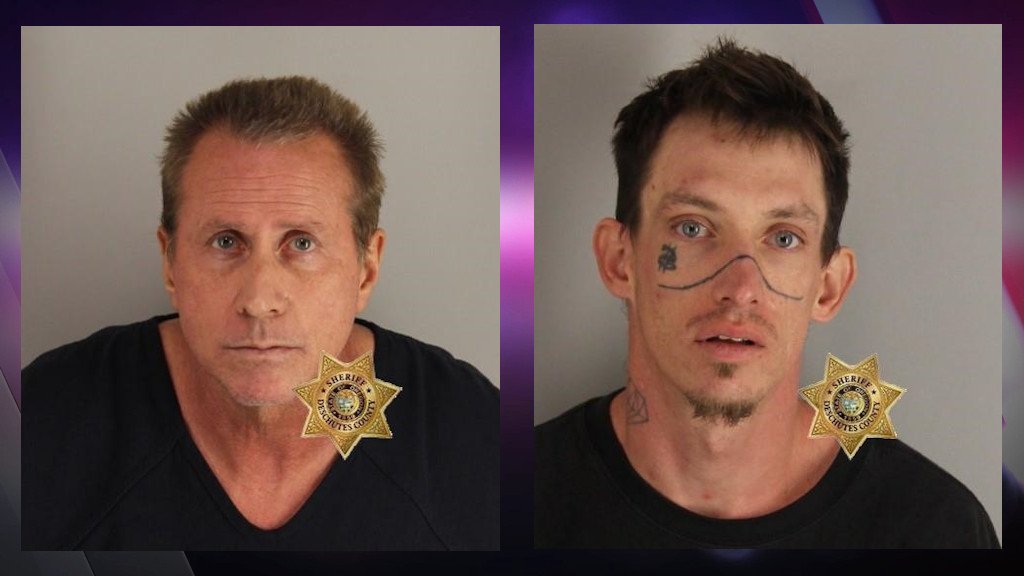 BEND, Ore. (KTVZ) — A Deschutes County judge set late 2023 and early 2024 trial dates Tuesday afternoon for a Bend-area man and his nephew, accused of murder in the August 2020 killings of a couple at their northeast Bend home.

Circuit Judge Raymond Crutchley set an October 17, 2023 trial date for Kenneth Atkinson and a Jan. 9, 2024 date for the trial of Nathan Shane Detroit, II, each arrested in October 2021 on two counts each of first-degree murder and conspiracy to commit murder. Both trials are expected to last six weeks.

The bodies of Ray Atkinson Jr., 34, and his fiancé, Natasha Newby, 29, were found in the basement of their Northeast 12th Street home by a concerned friend and relative checking on their welfare. District Attorney John Hummel said they died of blunt force trauma.

The two men sat beside each other as they appeared in court Tuesday by video from the county jail. Though proceedings have been held at the same time to this point, Deputy District Attorney Matthew Nelson said they anticipate separate trials for the men.

Atkinson’s attorney, Dylan Potter, didn’t raise objections as Crutchley worked to set trial and hearing dates, and deadlines for discovery – evidence to be presented by prosecutors to defense attorneys.

But Detroit’s attorney, Elizabeth Baker, objected to the lengthy time it is taking for discovery documents and other evidence to be assembled and presented, noting the voluminous amounts of evidence in the case, including “immense” digital data and 5,000 pages of search warrants.

“It’s the state’s case – they are in control,” she said. “I don’t know what on earth is taking so long.”

Baker also noted the challenges in getting a forensic pathologist available for the case, as she mentioned talking to one based in New Zealand.

Crutchley replied, “What I’m hearing is that this is a complex case.”