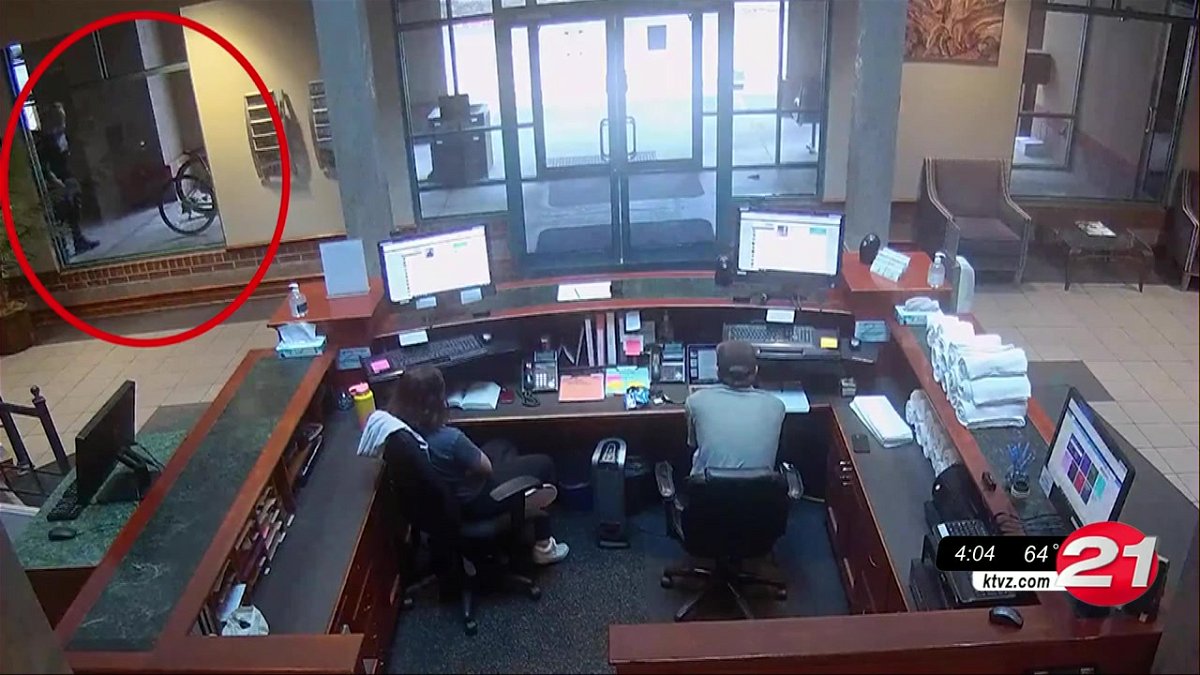 ‘He immediately offered to pay for it, of what he could pay for it,’ dad says

His 12-year-old son Reid, rode his bike up Century Drive, to come watch him.

After the game, the bike was missing.

“And he comes back into the club, you know, just in tears. And I thought he had gotten hurt or tripped or something, and he came back and said his bicycle was gone,” Williams said.

As it so happens, Reid rides with the Bend Endurance Academy, and after three years riding a used bike, Logan and his wife decided to buy Reid a brand new Orbea Rallon M10 bike.

“It’s a culture, it’s a lifestyle here in Bend,” Williams said. “We really sprung and got him a pretty decent mountain bike.”

After just a month of use, it was stolen, while locked on a bike rack.

The Athletic Club of Bend’s security footage captured a person scouting out the bike and eventually cutting the lock and taking it.

“He’s been very sad,” Williams said of his son. “He immediately offered to pay for it, of what he could pay for it. I mean, it’s hard enough for adults these days to pay for those types of bicycles, but for a child…”

“He took responsibility,” Williams said. “He felt that he could have done more to protect it, and I told him, I did not hold him accountable, my wife and I didn’t.”

In 2015, the most recent stats available, the Bend Police Department received over 360 bicycle theft reports accounting for more than 400 bicycles stolen inside city limits.

With the city’s population and the popularity of biking continuing to increase since then, Williams said he thinks his son won’t be the last person in Bend to lose a bike to thieves.

“I feel as if it’s potentially something that could continue to happen, and may be on the rise,” Williams said.