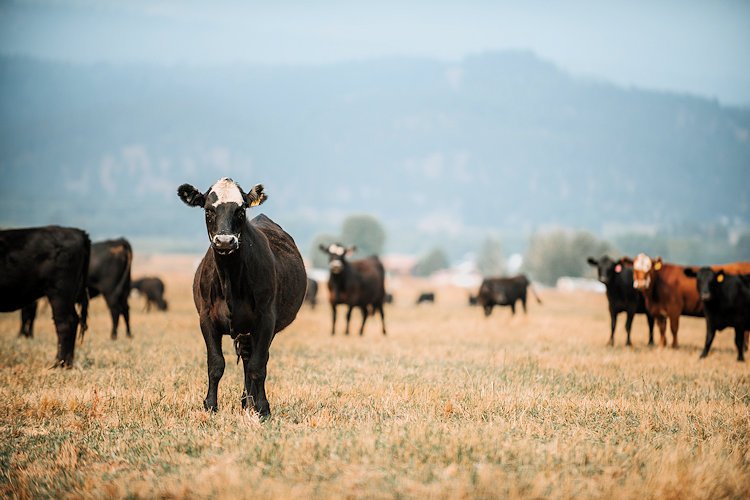 REDMOND, Ore. (KTVZ) – The nation’s largest family ranching cooperative, based in Redmond, announced Thursday it has launched a major initiative called Grazewell to test and adopt ambitious regenerative ranching practices on all of its 6.5 million acres across 11 Western states by 2025.

“This is the way of the future,” said Dan Probert, a founding member of Country Natural Beef and second-generation cattle rancher in Oregon. “We know ranchers can be part of the climate solution while also supporting clean water and wildlife habitat. We’ve seen it, and we’ve done it. Now we’re going to measure it, track it, and prove it. Climate-friendly beef is possible.”

All beef production emits greenhouse gases. But with a few simple tweaks to how they manage cattle, ranchers adopting the Grazewell program show that those emissions can be reduced or offset.

CNB is working with multiple partners to help quantify and verify the climate and other environmental benefits of its practices. One partner – Sustainable Northwest – recently landed a $10 million grant from the USDA to measure regenerative ranching practices for Grazewell-certified producers.

As the first ranching cooperative of this size and scale, CNB is demonstrating how rancher-led regenerative ranching practices can benefit rangeland health while supplying consumers with high-quality products. The Grazewell program and branding is currently available to CNB members and will be available to more ranchers soon.

“I’m doing this for my grandkids. They deserve a healthy world, and ranchers are part of that solution,” Probert said.

Country Natural Beef is a cooperative with more than 100 members, operating on 6.5 million acres of rangeland in 11 western states, comprising the largest network of family ranches in the western United States. It was founded in Redmond, Ore. in 1987. Its members now include ranchers in Arizona, California, Colorado, Hawaii, Idaho, Montana, New Mexico, Nevada, Oregon, Washington and Wyoming.