▶️ The 10 most-watched videos on centraloregondaily.com for 2022 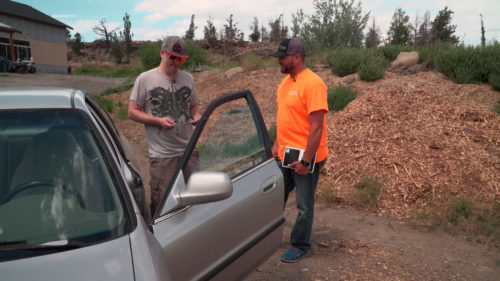 Which videos got your attention on centraloregondaily.com in 2022? Here’s a look at the ten most-watched videos on our website.

This first one doesn’t come from here in Central Oregon or even from the Pacific Northwest, but given the recent wave of winter weather we’ve had, it wouldn’t be a shock if it had been. It was an Iowa Department of Transportation camera video of a semi truck losing control on an icy highway. The trailer barely misses a pickup truck in the median before the rig skids sideways to a halt along the side of the road.

Next up is one from the last week of the year. We talked with the Oregon Department of Transportation about the nightmare that was Interstate 84 during Christmas weekend. And we learned that here in Central Oregon, someone in a van decided to drive 70 mph while passing a snow plow.

RELATED: Our favorite stories of 2022: Off-grid residents haul their own water

In September, we spotted this video from a Shevlin Park-area resident whose Ring doorbell camera caught a cougar hanging around on his front porch in the middle of the night.

It was the event that stopped everyone in Bend in their tracks. This was our first look at the scene outside the eastside Safeway after a gunman had shot and killed two people inside. We later learned one of the men killed successfully got the gunman to drop one of his weapons.

RELATED: Our favorite stories of 2022: The Maupin Track of Dreams

As people left flowers and cards for the victims of the shooting, we saw this touching scene where one man — there to leave flowers — was comforted by an Oregon State Police trooper.

One topic that resonated with our audience were stories of illegal poaching of wildlife in Oregon. And that story came home with the investigation of the illegal killing of two elk in Deschutes County.

An investigation of a fight at the Crook County Fairgrounds this past summer also grabbed a lot of attention.

Whether it affected your summer activity plans, forced you to evacuate or made you struggle for a clean breath due to all the smoke, the Cedar Creek Fire impacted pretty much everyone in Central Oregon at one time or another. And one video that you found interesting was the animation showing the daily progression of the fire’s growth.

News from the other side of the Cascades caught your attention. On a foggy October Wednesday, a crash involving 45 passenger vehicles and 15-20 commercial vehicles shut down a 17-mile stretch of southbound I-5 near Eugene for hours. One person was killed.

Finally, a heartwarming story about giving. You may remember the story we brought you of the Prineville man whose car broke down, so he walked all the way to his job in Bend. The day after we aired that story, a Bend couple reached out to us saying they had a car they didn’t need anymore — and they gave it to him.

But we would be remiss if we didn’t add one more here. In 2022, Central Oregon Daily News started reaching out to you in another way — on our YouTube channel. And our most popular video of the year there was one of our very first news uploads. It’s the story of a protection dog trainer from Culver who has already amassed millions of followers on social media.